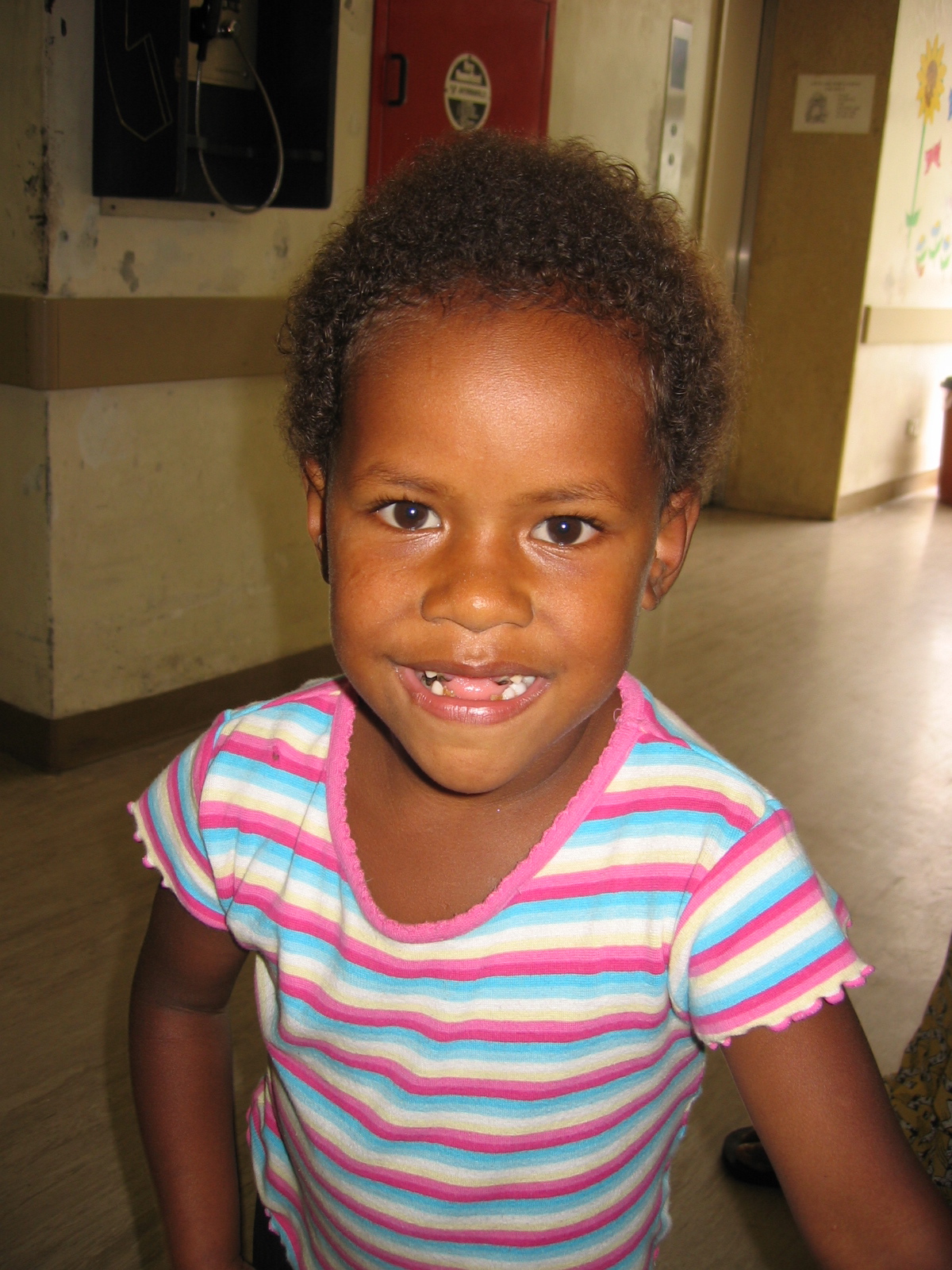 My 15 year old daughter has been in hospital this last 24 hours having her tonsills and adnoids removed. She is now on the lounge dopey and in pain but doing fine. The care and treatment was great in our local public hospital, the staff made Gigi laugh and treated her like a person, updated me as needed and took great precautions to look after her vocal chords as her specialist knows she is a singer. I was grateful for their time and attention and walked away loaded up with antibiotics and painkillers and won’t pay a cent for anything.

Are we not entitled to that I hear you ask? Would you have expected anything less?

While sipping surprisingly drinkable coffee in the hospital cafe waiting for my girl, I spent a lot of time thinking back to the little sweetheart pictured.

Seini. When I lived in Fiji, she was referred to us at the Red Cross with a significantly pronounced cleft palate. We visited her home in a remote village and learned that she was 5 years old and her family was mourning the death of her twin sister in a fire some months before. Seini didn’t speak and didn’t attend the local school as her cleft palate had retarded her development and certainly her confidence. Her father wasn’t in the picture and her mother was unable to work as she was caring for her.

They lived a very long way from Suva on an outer island only accessible by boat from Viti Levu and they had never left their village. After spending some mat time on their floor, we organised for them to come and meet us a month or so down the track when we would arrange for Seini to have the surgery that would have been done at birth had she been born anywhere else.

I will never forget the wide eyed fear in her mother’s eyes as I met her at the port. We may as well have transported her to New York City such was her anxiety. I drove her and Seini to a village where a relative lived and met them later in the day for their appointment at the hospital.

I was outraged at the way she was treated. The staff yelled at her because she didn’t have a letter from her doctor and refused to speak English so I was left out of the conversation. I found someone willing to interpret and then yelled back, protective of this vulnerable young mum who was shaking, afraid for her daughter and intimidated by authority.

We had the letter sent over by coconut carrier (ok it was faxed but it all felt so archaic), and her surgery was set. When the time came for them to return mum remained anxious. I remember dropping her to the hospital and then taking my kids to school. By the time I got back I learned that she had gone, she was so upset when they put the drip in Seini’s hand and feared they were hurting her when she cried. I found her trying to make her way back to her relative’s home and pleaded with her to get in the car, eventually convincing her to come back with me after going through the benefits of the procedure one more time. I stayed with her and made sure each step was explained, despite the nurses’ eye rolling and however patronising.

When I had to go, I found some Red Cross volunteers who were willing to stay with her and show her some kindness. Some of the school mums donated a box of the things you have to take with you to hospital in Fiji; toilet paper, food, pain relief, toiletries.

After a few days Seini was smiling like she is here, giggling and talking with an Aussie speech therapist who volunteered her time after she heard the story to work with Seini and give her mum exercises to do at home. I heard with much joy a few months later that she was driving everyone mad with her chatter, was happily attending school and mum was working in the local fish factory. 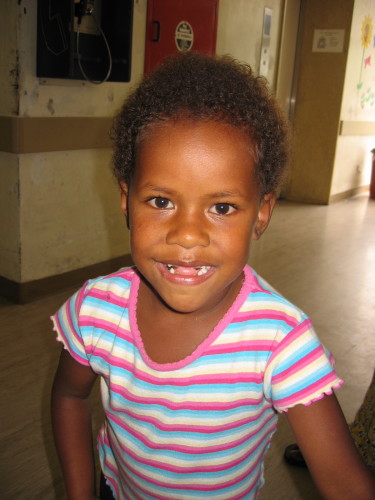 Am I better than her? Does my daughter deserve better treatment by virtue of her birth in the lucky country? Obviously the answer is no.

‘Speak up for those who cannot speak up for themselves’ the Bible says. Or be human and care, notice, act. Allow yourself to be outraged.

It is a human right to receive proper health care and be treated with respect. I am grateful it was given to me and mine.

Many of the girls and the families we support have had experiences similar to Seini’s mum and haven’t been looked after due to lack of resources, a crumbling health system and 100 other reasons.

Part of our long term vision is to make a difference in this area. At the very least our girls will learn that they have a voice.

PrevPreviousWhat do you stand for?
NextGirls are not for saleNext 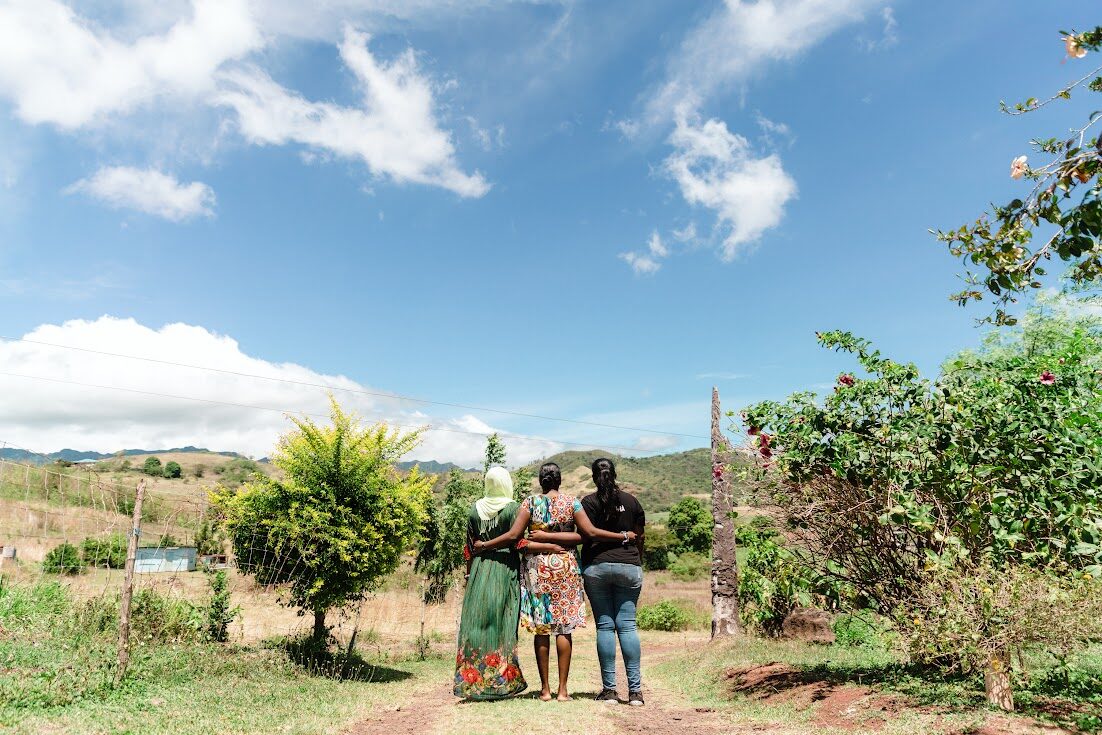 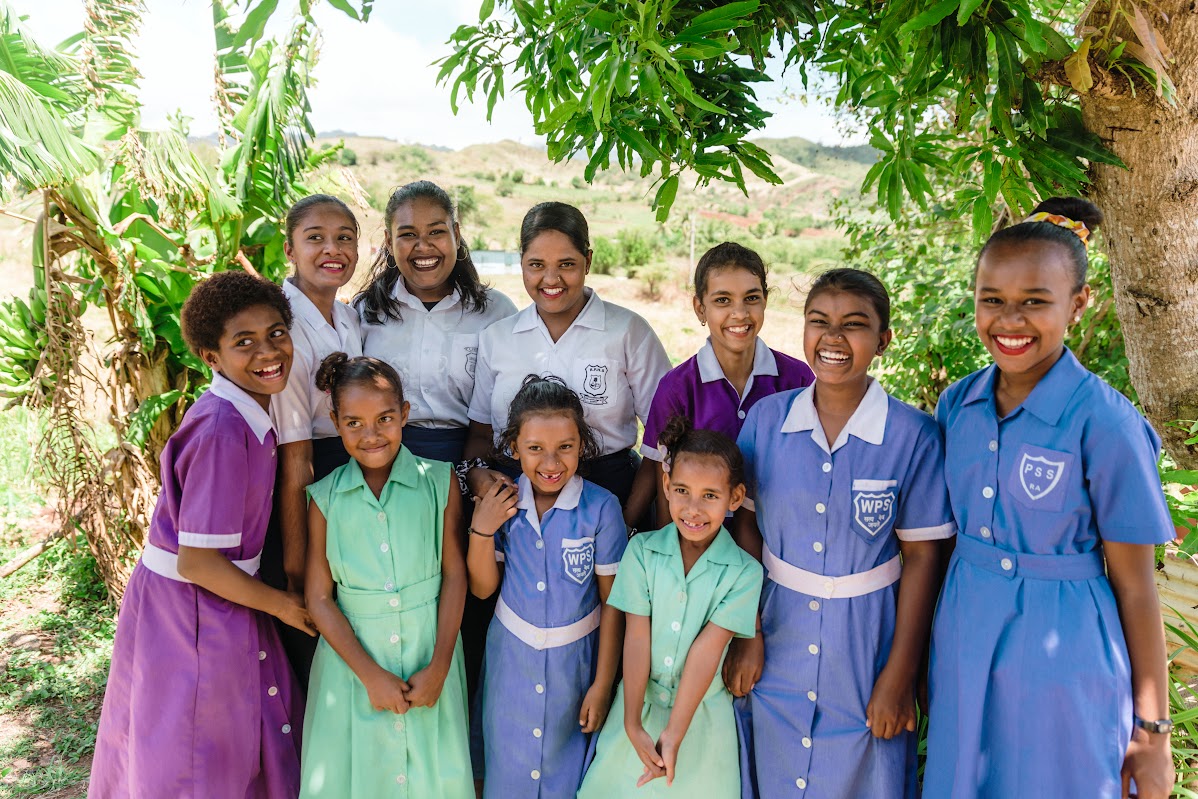 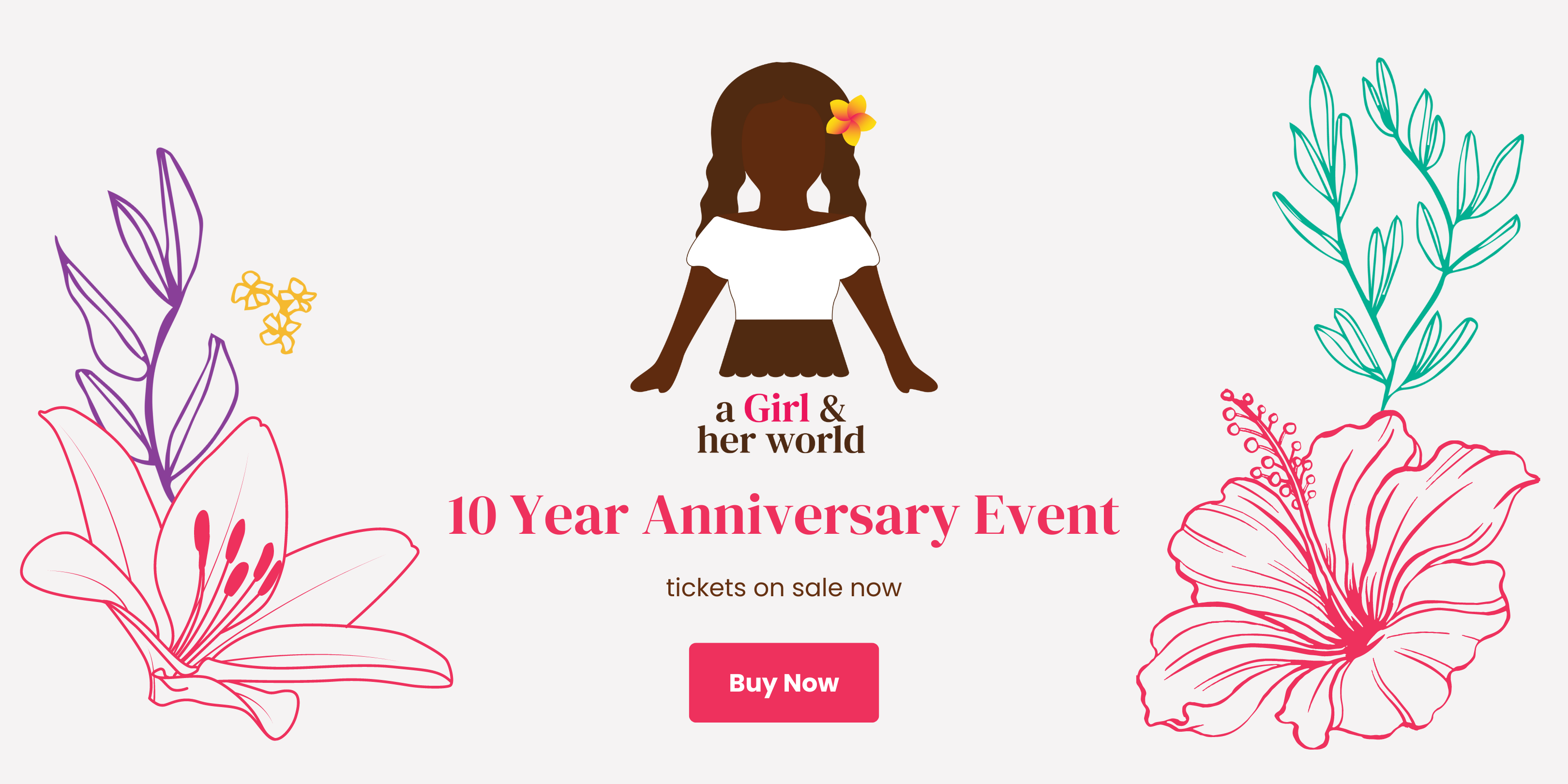